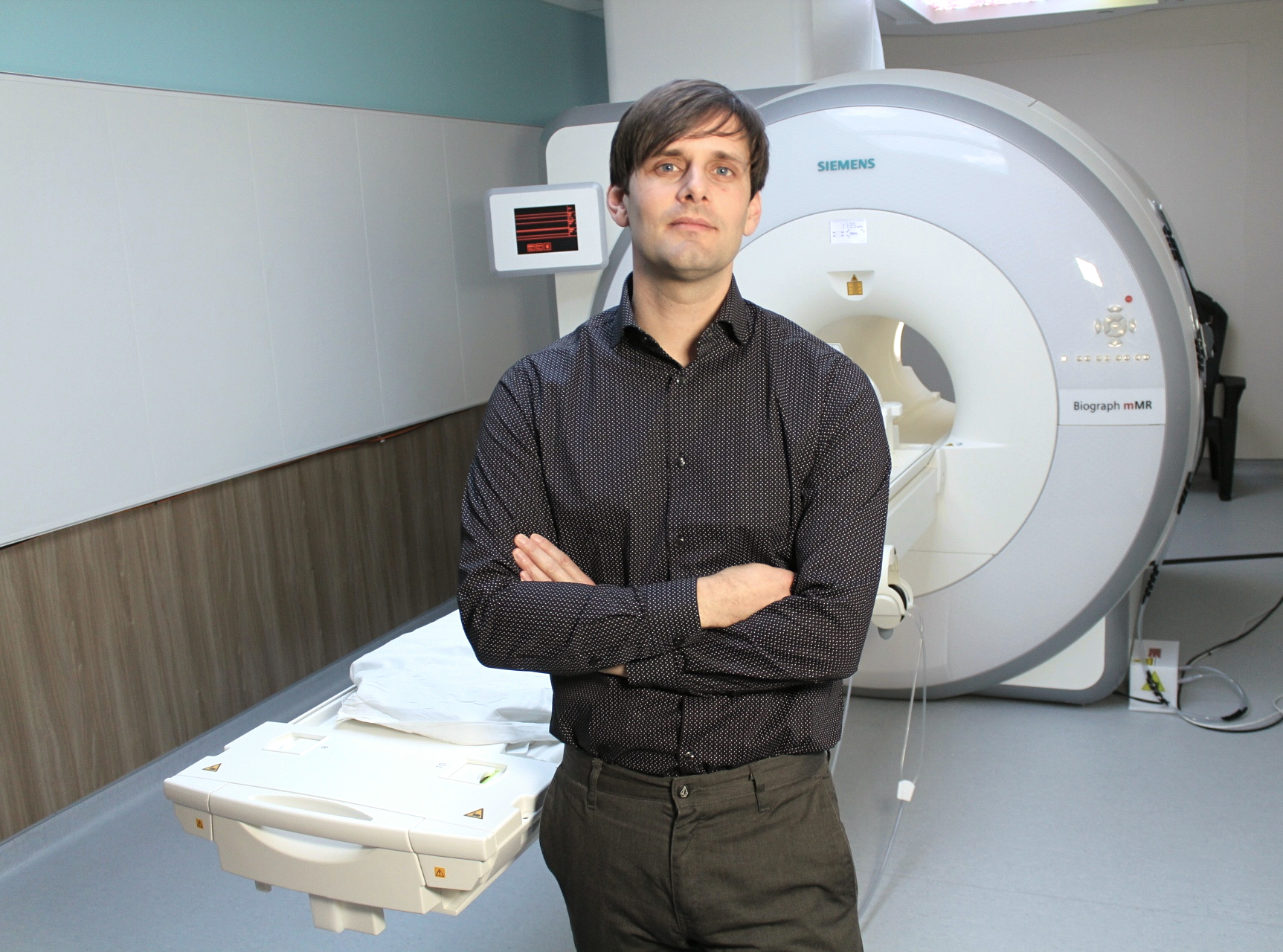 Dr. Clifford Cassidy, a scientist at The Royal’s Institute of Mental Health Research

While people living with schizophrenia can experience a much-improved quality of life with the right treatment, a number of barriers can stand in the way of their recovery, including delayed or mistaken diagnosis.

Findings from a new study co-authored by Clifford Cassidy, Ph.D of The Royal’s Institute of Mental Health Research, however, reveal a promising new tool that could help people with schizophrenia get the treatment they need faster by providing a brain-based “marker” of dopamine function.

A type of magnetic resonance imaging called neuromelanin-sensitive MRI (NM-MRI) has previously been effective in showing neurodegeneration in patients with Parkinson’s disease, but its utility has never been demonstrated in individuals without neurodegenerative illnesses — until now.

In this new study published in the Proceedings of the National Academy of Sciences of the United States of America, a team of researchers led by Dr. Cassidy and Guillermo Horga, M.D., Ph.D (Columbia University) conducted a series of validation studies to show that NM-MRI can, in fact, serve as an effective marker of dopamine function in individuals with psychosis.

Dopamine is a brain chemical that helps regulate movement, attention, learning and emotional responses. We know from advanced diagnostic brain imaging techniques like positron emission tomography (PET) that there is excess dopamine release in individuals who are at risk of developing schizophrenia, or who are experiencing psychosis. The use of PET scans for diagnosing schizophrenia, or for seeing if treatment is working, however, can be expensive and difficult to access within a clinical setting.

"In mental health care, we still don’t have widely available diagnostic tests for mental disorders. This means that psychiatrists still have to rely on a patient’s description of symptoms, and clinical behavioural observations in order to make an accurate diagnosis, which can sometimes mean significant trial and error."  — Dr. Clifford Cassidy, a scientist at The Royal’s Institute of Mental Health Research

Neuromelanin, on the other hand – a dark pigment created from the breakdown of dopamine – is detectable through much more commonly accessible MRI scans. In this ground-breaking study, researchers used NM-MRI to validate that neuromelanin can serve as a proxy measure of dopamine, and thus, as a biomarker for psychosis.

This technique could be revolutionary for the diagnosis and treatment of schizophrenia and other mental illnesses, according to Dr. Cassidy.

“Dopamine is an important marker for a lot of psychiatric conditions, but it’s been difficult in the past to measure it without PET imaging,” he says.

“With NM-MRI, we can understand some of the same things that PET tells us, but in a much more practical and accessible way.”

Dr. Cassidy added that another advantage of this technique is that NM-MRI does not involve radiation or invasive procedures, allowing it to be used repeatedly for monitoring the progression of illness and response to treatment.

With evidence in hand showing the effectiveness of this technique, the hope is that it could eventually be integrated into clinical settings to help identify the right treatment for patients, and begin that treatment as early as possible.

“A clinical biomarker for schizophrenia would help people to get the treatment they need faster, and hopefully lead to an improved quality of life,” says Dr. Cassidy.

With findings that validate NM-MRI as effective method for evaluating dopamine function, the technique could also have countless applications beyond schizophrenia, in other psychiatric conditions where dopamine (or its sister neurotransmitter noradrenaline) is implicated, such as ADHD, addiction, depression, and PTSD.

Click here to read the official press release from the National Institute of Mental Health.