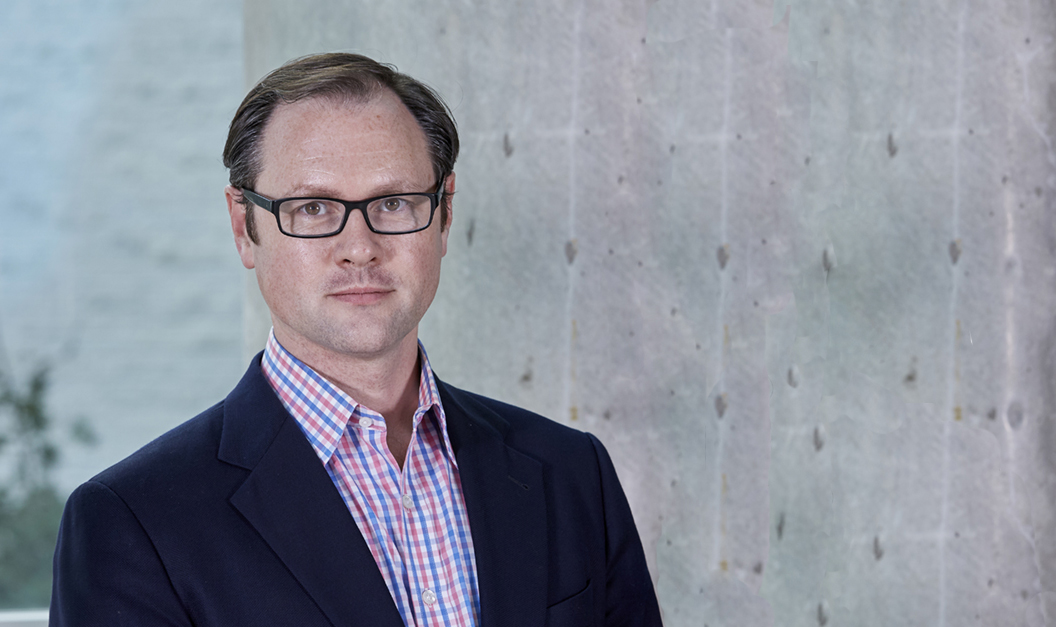 Dr. James MacKillop of McMaster University and St. Joseph’s Healthcare Hamilton has been awarded The Royal Mach-Gaensslen Prize for Mental Health Research for his work in the area of addictions.

The prize was established jointly in 2015 by the Mach-Gaensslen Foundation of Canada and The Royal’s Institute of Mental Health Research, affiliated with the University of Ottawa. The national prize recognizes excellence in clinical research, innovative thinking, collaboration, imagination and originality, and awards $100,000 annually to an outstanding rising star researcher in the field of mental health.

MacKillop says he always wanted to be a psychologist. His career in addictions research, however, grew out of his university experiences – but not in the way one might expect.

“I was surrounded by, and I continued to be surrounded by, lots of binge drinking,” reflects MacKillop. “There was lots of cannabis use, alcohol use, tobacco use, and I was intrigued by this ubiquitous self-destructive behaviour.”

What first started out as a curiosity eventually became more personal. MacKillop’s half sister passed away in her early 40s from medical complications around addiction.

“It became clear to me that within my own family history there were significant issues around substance misuse,” says MacKillop. “I hadn’t really fully appreciated them at the time – and they weren’t the genesis – but it came to be clear that that was part of my own background.”

Research into addiction has taken on critical importance these days, and MacKillop believes, receiving greater appreciation. The legalization of cannabis, “skyrocketing” use of medical cannabis, e-cigarettes, and news about opioid addiction have all contributed to raising public awareness.

One of the biggest questions researchers are trying to answer is why some people become addicted and others don’t. Consider that many people drink alcohol but only a “tiny minority” develop alcoholism.

MacKillop’s research seeks to understand the causes of addiction and why treatment works well for some while others continue to struggle. Rates of relapse are 40% to 60%, according to the US National Institute on Drug Abuse.

“We know it’s a condition of a smaller subset of people who are vulnerable in some way, and then defining the nature of that vulnerability is the big question,” says MacKillop. “Part of it is genetic vulnerability, part of it is environmental vulnerability, and I’m interested in both.”

To help answer some of these questions, his research applies behavioural economics (which tries to answer the question of why people make the choices they do), clinical psychology, microeconomics, cognitive neuroscience, and molecular genetics – areas of science that don’t frequently overlap in traditional addictions research.

One of his goals is to remind the wider community that addiction casts a wide net, and one that touches every branch of medicine.

“Addiction is not restricted to just a set of people who we think of being as separate from us and other, that actually it impacts any number of aspects of society,” he says.

Why is addiction research important?

Addiction is more common than many people think, and it’s a bigger problem than many can imagine. One in five Canadians will suffer from a substance use disorder over the course of their lifetime. (A figure that does not include addiction to nicotine.) According to MacKillop, addiction affects more people than the two most common mental illnesses: anxiety and mood disorders.

“We all interact with people who have at some point likely struggled with substance use disorders,” he says. “The stigma is all the more troubling because it is so common. And the fact that it so often falls outside of our traditional health care system is a major problem.”

In Canada alone, the annual estimated cost associated with substance use is nearly 40 billion dollars. Alcohol and tobacco use contributed over two thirds (70%) of these costs, and opioids ranked a distant third.

According to a study released in 2018 by the Canadian Centre on Substance Use and Addiction (CCSA) and the University of Victoria’s Canadian Institute for Substance Use Research (CISUR), these costs have been rising in recent years, especially for alcohol, opioids and cannabis.

Adding to this, of course, is the fact that addiction is a contributing factor to other significant causes of harm in our society such as the transmission of infectious diseases, injury and death, sexual assault, physical assault, violence, suicide, homicide, and motor vehicle accidents.

“The range of consequences are very broad,” says MacKillop. “Alcohol by some estimates is the most harmful of the substances. It contributes to chronic disease in terms of cancer, cardiovascular disease, and liver disease, but it also contributes substantially to acute illnesses, whether it be intoxication or overdose, motor vehicle accident, or infectious disease transmission.”

MacKillop says was he was honoured to receive what is perhaps the most prestigious prize in Canada for the mid-career mental health researcher.

MacKillop says the funds that come with The Royal-Mach-Gaensslen Prize for Mental Health Research will permit him to gain new insights into addictions and be “creative and innovative” in terms of the future direction of his research.

He is excited about the potential of research that takes place in active clinical settings where findings will benefit people who are already receiving treatment.

Take Homewood Health Centre in Guelph, for example, where MacKillop and his team at Homewood Research Institute are collecting data on every new patient at admission, at discharge, and then following up over the subsequent year. MacKillop’s team has implemented a similar data system in the addictions programs at St. Joseph’s Healthcare Hamilton. Many people who go through these programs have positive outcomes, notes MacKillop, but not everyone. Why is that?

The answer to those questions might be found using symptom profiles, psychological mechanisms, brain imaging techniques or biomarkers in the blood. Understanding where addiction “lives” in the brain and in our body might bring us one step closer to helping a lot of people.

One of the things MacKillop is trying to understand in clinical research is how the mind, brain, body changes in ways that are reflective of early stage recovery, and predict long-term success.

Change the language, reduce the stigma

Addiction is a health condition, not a moral failing or a character weakness.

Stigma is a barrier to recovery, so let’s make sure that the language we use to talk about substance use is respectful and compassionate. 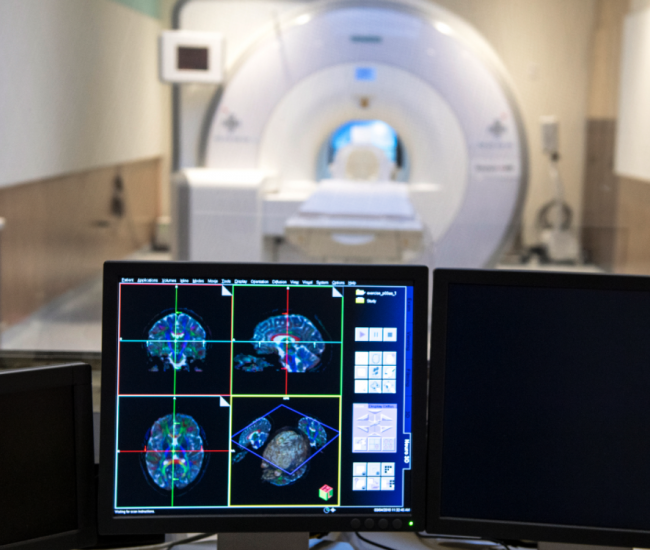