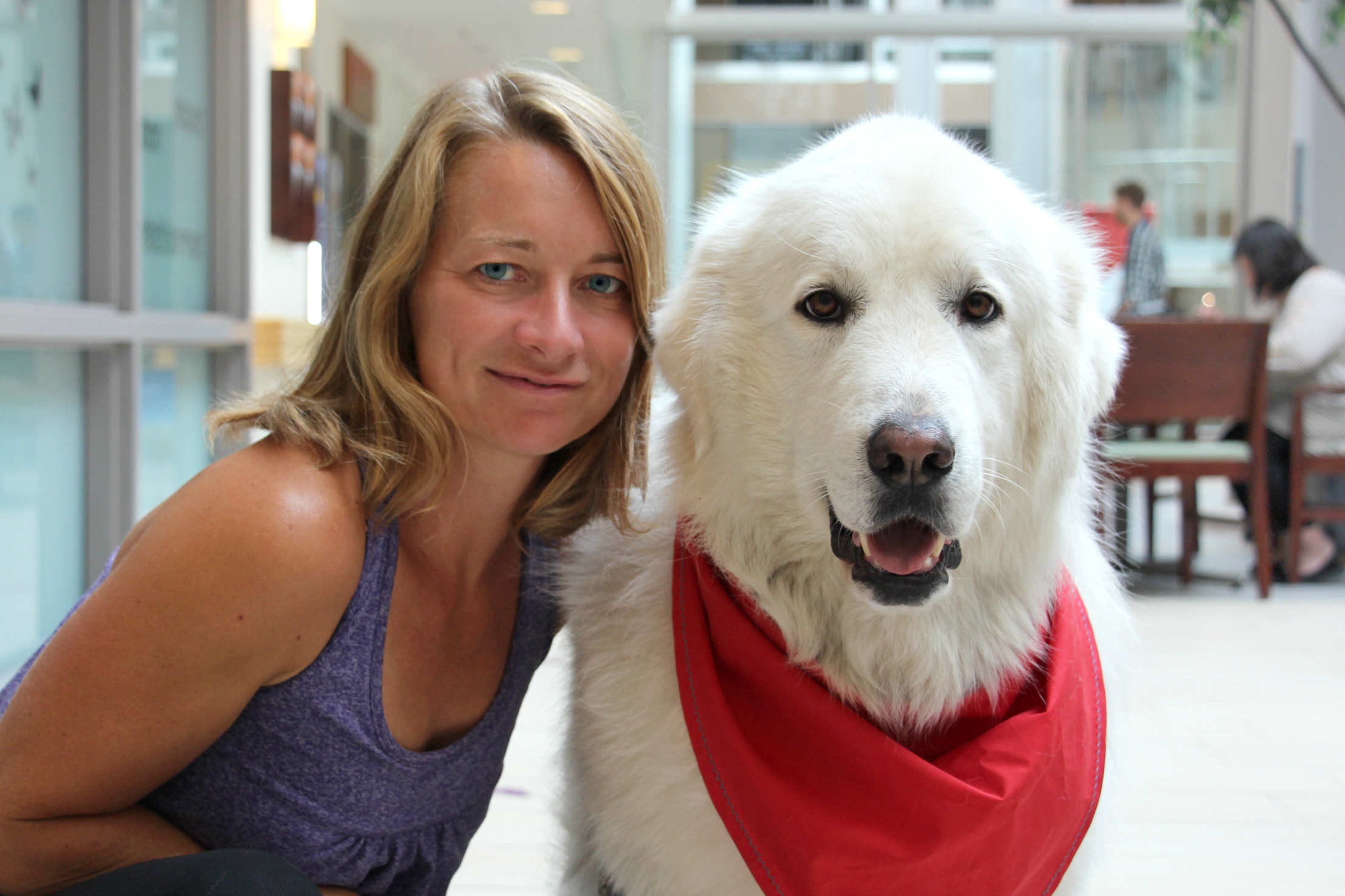 It is Tuesday and like she does every Tuesday, Olive is visiting The Royal’s Mood and Crisis Unit with her owner Vanessa Gale and recreation therapist Ashleigh McGuinty. She lies on the floor in a common area as patients gather around. Many stroke her, and her eyes close and her body sinks further into the floor. Patients talk about dogs they’ve had and how nice it is to have a dog around. Some don’t pet Olive, or even speak, but they’re in a room surrounded by other people – a feat in itself.

“Olive has the perfect temperament for our unit. We have a lot of people here who experience severe anxiety and other mental health concerns. A more energetic dog approaching people and wanting to play would probably not work as well,” says McGuinty.

One woman quietly approaches Olive, removing her glasses as she wordlessly sinks to the ground beside her. She rests her forehead on Olive’s for a few moments, then kisses her head sweetly before lying down against her soft, warm body. Olive’s calm, soothing presence creates an environment for connection, whether human or canine, for people who otherwise struggle to find it.

At The Royal, therapy dogs are celebrities. Gale intentionally arrives early for her volunteer shift because she knows she’ll be stopped in the halls multiple times by people wanting to pet and ask about Olive. Recreation therapists say dog therapy is by far the easiest activity to engage patients in.

Therapy dogs offer patients an opportunity to connect – with the dog, but often also with those around them. Sometimes it’s easier to connect with a dog than a human, but it somehow also seems easier to connect with humans when a dog is involved. Pet therapy is proven to lower blood pressure, prompt the release of calming hormones in the brain, decrease loneliness and feelings of anxiety, encourage communication, and diminish overall physical pain, among many other benefits.

"Animals can reach people when other parts of life can’t."Caileigh is an Irish Setter with silky red hair. Like Olive, she is a therapy dog. She’s four years old, calm, and well-behaved, but that’s the limit of comparison. While Olive engages passively, Caileigh is lively and curious. Once a week, she goes into The Royal’s Geriatric Inpatient Units to visit patients there – many of whom have dementia and decreased mobility as well as mental illness. For them, Caileigh is a perfect fit.

Caileigh moves with a slow confidence towards people to greet them where they are, standing by their side and looking up at them, reacting and interacting and enjoying every minute. 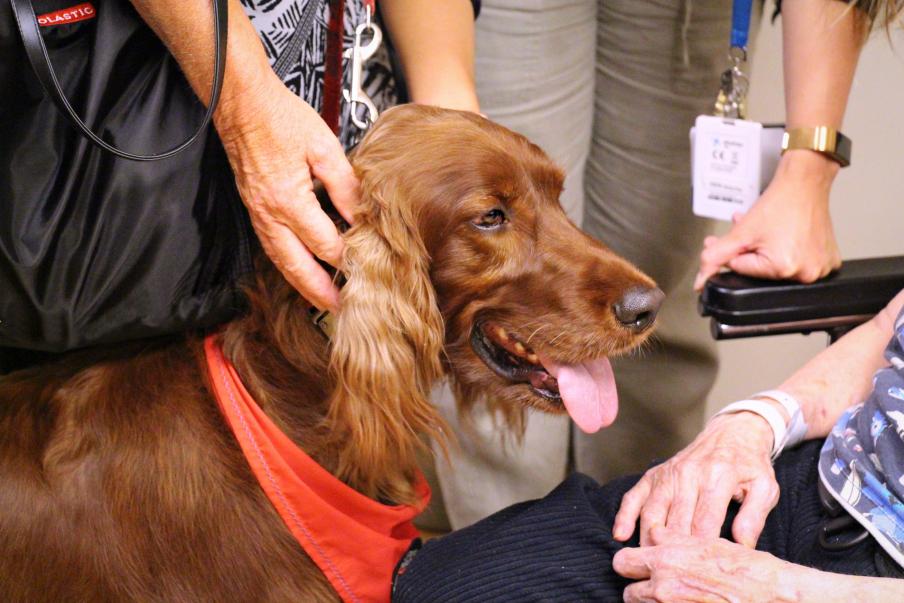 “I work with a lot of people who are severely depressed, and it’s hard to get them out of bed and participating in programs. A lot of them will, however, accept a visit from Caileigh,” says Marielle Schultz, a recreation therapist in the Geriatric Psychiatry Program.

“People who I otherwise never see smile, smile when they see Caileigh. You see love in their eyes.”

One patient only speaks Polish and has severe dementia. The typically withdrawn woman’s face lit up the first time she saw Caileigh, and she waved her arms in excitement – something Schultz had never seen her do.

"People who I otherwise never see smile, smile when they see Caileigh. You see love in their eyes."

Therapy dogs and their volunteer handlers pass extensive evaluations through a non-profit organization called Ottawa Therapy Dogs. Caileigh and her owner, Christine Phillips, volunteer everywhere from The Royal to universities to women’s shelters, but Phillips says the goal is always the same.

“We’re just trying to make a connection, often for people who aren’t really making connections with other human beings,” Phillips says. “Animals can reach people when other parts of life can’t.”