When we talk about housing, we’re talking about mental health

Many people living with mental illness face an extra layer of difficulty amidst the current housing and homelessness crisis because they can’t access housing with mental health supports. This means many people stay in hospital longer than they would need to if there were adequate supportive housing, or leave hospital only to see their mental health decline in the absence of support. Up to 50 per cent of unhoused people in Canada live with mental illness.

“Without housing, there is no such thing as good mental health,” says Dr. Joanne Bezzubetz, President and CEO of The Royal. “Issues of homelessness and mental health are inseparable. Investing in supportive housing saves taxpayers money while transforming lives. It just makes good sense.”

Anita Manley knows firsthand the difference having a stable home makes. She’s a passionate mental health advocate, volunteer, and member of The Royal’s Board of Trustees. She’s experienced mental illness and homelessness, and stable housing with mental health supports gave her a strong foundation for her recovery. She recently celebrated 10 years in her apartment. 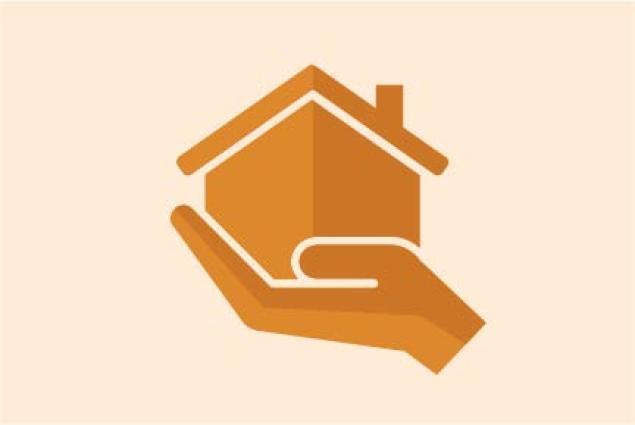 A lot has changed in those 10 years. When Anita left The Royal, all she had was one bag of clothes. Through hard work and perseverance, she has since made a home for herself, surrounded by people who love and support her. In 2015 when she turned 50, she welcomed 32 people into her apartment for a party. “I’m the type of person who loves to celebrate anniversaries and mark occasions,” says Anita. “I want to be remembered as someone who gathered family together and fed them! When I was homeless, I couldn’t cook, and just being able to cook again and have people over and feed them was a dream come true.”

At Home/Chez Soi, a four-year study in five Canadian cities, clearly demonstrated that housing with mental health supports works to end homelessness and transform lives. It also showed that it’s a sound investment — over a period of two years, the study found that every $10 spent on housing saved taxpayers $21.72. It improves outcomes for people living with mental illness in numerous domains — including their symptoms, community involvement, and overall quality of life.

“That project began in 2008, and its results were published in 2014. It’s time to use its findings and make progress, fast. There’s a financial price to insufficient supportive housing, but the human cost is far higher,” says Bezzubetz. “Stable, supportive housing transforms lives – the evidence makes that very clear.”

The Royal is a proud member of the Alliance to End Homelessness Ottawa. Please visit https://www.startswithhome.ca/ to learn more and endorse the alliance’s Starts With Home campaign.