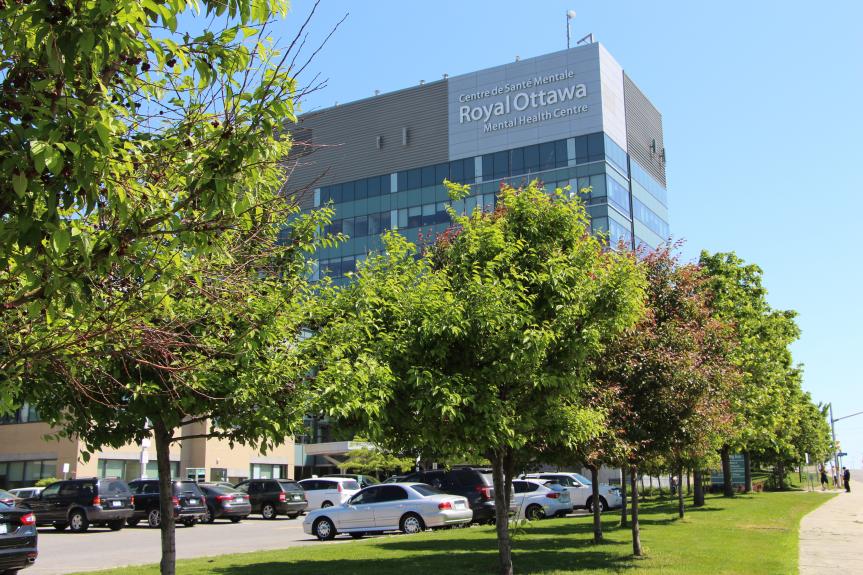 For more than one hundred years, The Royal has been a community landmark and a beacon of hope for those needing health care.

In February 1910, the first tuberculosis patient was admitted to the Lady Grey Hospital, known in the early days as “the San.” In 1969, the facility was renamed the Royal Ottawa Hospital (ROH).

Over the first 60 years, the hospital admitted 11,000 tuberculosis patients from all over Eastern Ontario. The average stay was seven months, and the age of patients ranged from infancy to seniors. The hospital served a vital role in providing critical health services to the community in a time of need. Eventually research led to effective treatments for TB and, combined with better prevention, allowed the ROH to close its last tuberculosis ward in 1970.

By then, the ROH had already begun its transformation into a different kind of health centre. In 1961, the ROH was designated as a hospital for the care and treatment of emotional and psychiatric disorders. A few years later, the Rehabilitation Institute of Ottawa also began working out of the ROH to provide services to those with physical disabilities.

During the following decades, the ROH added new services and programs giving hope to those with physical disability, mental illness and traumatic brain injury. In 2002, the Rehabilitation Centre transferred to The Ottawa Hospital, and the Province of Ontario announced that a new state-of-the-art mental health facility would be built to replace the century-old structures at the ROH.

In 2006, the new Royal Ottawa Mental Health Centre opened as a centre of excellence for treatment and world-class research in mental health.

The new centre replaced the familiar buildings that had provided health care to the community for 96 years.

The Royal takes an integrated approach to the treatment of people with mental illness. Treatment is tailored to each individual and developed in collaboration with patients and their support system.

Research and education also play an important part at The Royal improving treatment for patients and mentoring the next generation of mental health experts. The clinical programs at The Royal focus on anxiety disorders; community mental health; forensic psychiatry; general psychiatry in transition; geriatric psychiatry; mood disorders; schizophrenia; sleep disorders; substance use & concurrent disorders; and youth psychiatry. Each program provides services not only to patients in the hospital but on an outpatient basis as well. They may also provide community treatment and outreach to long term care homes, shelters and other community organizations.

A teaching hospital of the University of Ottawa, The Royal is also networked with Queen’s University and Carleton University. Researchers and investigators at the University of Ottawa Institute of Mental Health Research are world pioneers in the genetics of mental illness and are internationally recognized for their work and role in the development of new medications for mental illness and deviant behaviour; the understanding of brain function in psychiatric disorders; the psycho-biology of anxiety; and the treatment of suicide and depression.

Today, The Royal connects with about 62,000 clients and families yearly. Strongly supported by government, business and community leaders, The Royal has strong community links to Eastern Ontario while advancing global research into the brain and mental health. 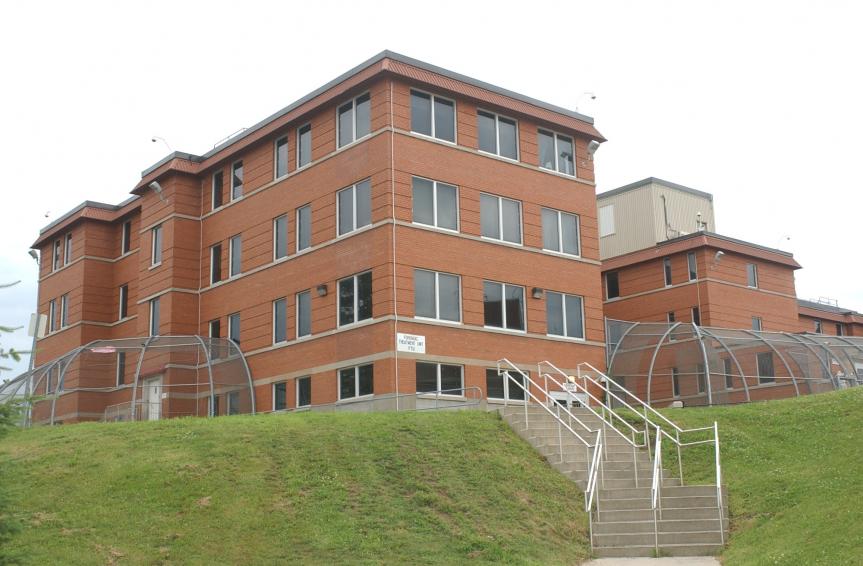 For over 100 years, the Brockville Mental Health Centre has been a leader in the development of effective and humane treatments for those affected by mental health issues.

Formally known as the Eastern Hospital for the Insane, this facility continually broke new ground in mental health therapy to benefit the people it served, including specialized training for psychiatric nursing; occupational, vocational, and recreational therapy; and community outreach programs.

Even in its very early days, ‘moral’ or ‘humane’ therapy was very much in vogue, and treatment was marked by an absence of restraint in combination with personal freedom, kindness, patience as well as systematic recreation, amusement and occupation.

A few of the therapies used, such as ‘continuous bath therapy’, or ‘flowing baths’, may seem rudimentary, but some treatments from the early 20th century still prove effective today, such as the use of lithium salts to treat bipolar disorder.

In 1984, Brockville Psychiatric Hospital became affiliated with the University of Ottawa as an official teaching hospital.

A ‘patient pub’ called The Hitching Post opened, allowing geriatric patients the opportunity to socialize and enjoy alcoholic beverages under the prescription of a physician (the pub was eventually closed in 1997.)

The province’s first Assertive Community Treatment Teams — known as ACT Teams — were established in the late 1980’s by a group of Brockville staff after submitting a proposal to the Hospital Incentive Fund, a provincial program that encouraged hospitals to develop innovative approaches to health care. The initiative has served as a model for similar programs elsewhere in the province and demonstrates the “essential need for, and effectiveness of this type of service as a crucial part of the range of community health services.”

The Deputy Minister of Health attended the Brockville Psychiatric Hospital’s 100th anniversary celebration in 1994 and a major historical display was presented to the public. That same year, the Brockville and District Chamber of Commerce recognized BPH as the Organization of the Year.

Though slated for closure in 1999 as a result of a direction given by the Health Services Restructuring Commission, the ongoing need for mental health services has meant that the Brockville Mental Health Centre continues to operate as an accredited psychiatric teaching facility, affiliated with the University of Ottawa and Queen’s University. The campus provides forensic psychiatry treatment for 100 Ontario Correctional inmates, and 59 long-term care forensic patients. It also provides a wide range of inpatient and outpatient services to approximately 1,300 patients in Eastern Ontario.

The hospital was officially transferred from the Ontario Ministry of Health and Long-Term Care to the Royal Ottawa Health Care Group in 2000. The hospital started serving the populations of Leeds-Grenville, south Lanark, Stormont, Dundas and Glengarry, and Prescott-Russell counties.

In recognition of the divestment of all Ontario provincial psychiatric hospitals, the Royal Ottawa Health Care Group changed the name of the Brockville Psychiatric Hospital to the Brockville Mental Health Centre as of November 1, 2006.

The campus continues to undergo transition but the need for specialized and dedicated mental health remains a priority and a requirement in the mental health care system. The prime considerations in patient care from 1894 to the present have remained patient dignity and support for recovery.

The size of the Brockville property has decreased to 52 acres, and the farm and gardens, bakery and butcher shop are no longer operational. The current patient population consists of 200 inpatients and 1,200 outpatients, many of whom at one time required lengthy and intensive hospitalization.

The approach to patient care has now shifted from a largely inpatient care model to one where the majority of patients receive treatment in the community. This community treatment model was pioneered at the former Brockville Psychiatric Hospital and is now used widely throughout the province and across the country.