Colonel Rakesh Jetly enrolled under the Medical Officer Training Plan in 1989 and graduated in 1991 from the University of Toronto with a Doctorate in Medicine (MD). Upon graduation, he was posted to Canadian Forces (CF) Base Borden as a General Duty Medical Officer and Flight Surgeon.

In 1993, Col Jetly deployed as the senior medical officer to the United Nations mission in the Golan Heights (UNDOF) and in 1994, he deployed to Rwanda as part of the CF humanitarian mission

In 1996, he was accepted into the University of Toronto Postgraduate Training Program in Psychiatry and was promoted to the rank of major in 1997. Upon graduation in 2000, he was certified as a Fellow in the Royal College of Physicians and Surgeons of Canada (psychiatry) and posted to CF Health Services Centre (Atlantic). During his tenure in Halifax from 2000-2008, he filled various roles including clinical director of mental health services and regional director of the Operational Trauma and Stress Support Centre (OTSSC).

In 2006 and 2007, Col Jetly was deployed on two separate missions to Afghanistan as the head of the mental health detachment of the Canadian-led Role Three Multinational Medical Unit. He was promoted to Lieutenant-Colonel in 2007 and posted to Ottawa in 2008 as the mental health advisor to the Deputy Surgeon General.

Col Jetly was appointed to the Order of Military Merit as an Officer in 2009. He is also an associate professor of psychiatry at Dalhousie University (Halifax); Queen’s University (Kingston), and the University of Ottawa. He has published numerous articles in professional journals and presents nationally and internationally on such topics as post traumatic stress disorder and operational psychiatry. 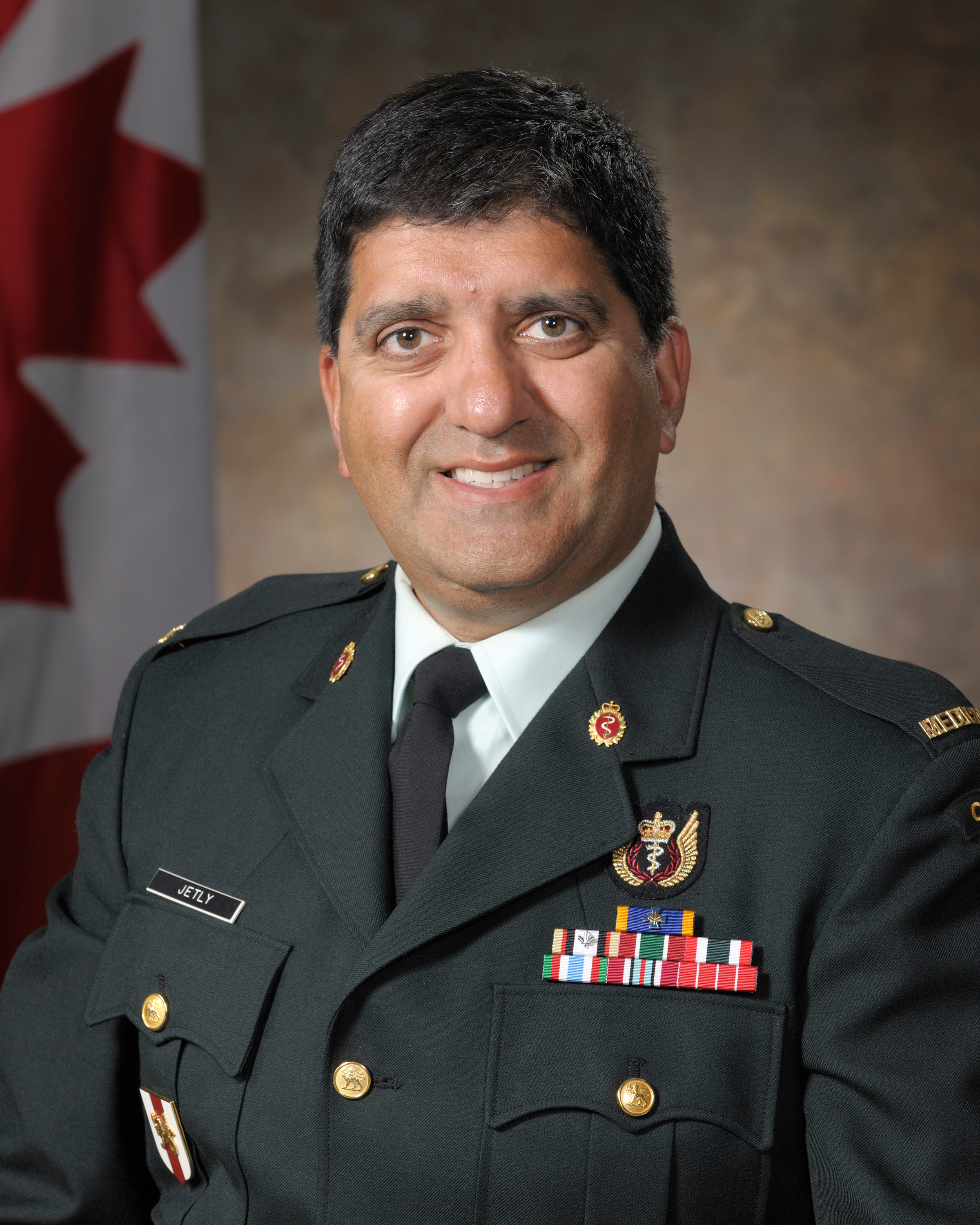